…I forgot, that leads to the bad things.”

And so it came to pass, that on a typical English summer day (there’s a genuine monsoon going on outside) the leaders of the people decreed that they, the elected dictatorship, would take heed of the voice of the people on any issue it deigned important.

The people were overjoyed, and they replied in a loud, clear voice: “BRING BACK HANGING.”

And the government didst ponder said request and declared: “Bollocks.”

“Whose idea was this? Jeff, was this your work again? I think you and I need to talk about your progress.” 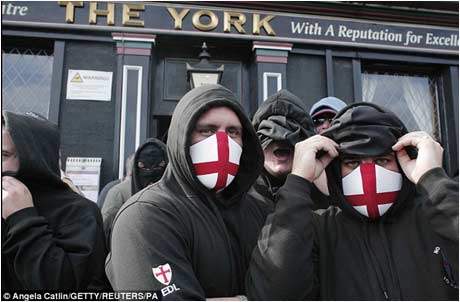 1 in 500 isn’t a lot of people. Most of us probably wouldn’t claim to know 500 people, but most of us would claim to know more than one person who falls into one or more of the following categories: 1) Batshit crazy 2) Wildly ill-informed 3) Easily misled 4) Just a bit of a twat.

I fall into at least two of these categories.

So we’re going to get some seriously questionable stuff debated and possibly brought into law if this takes off. Indeed, the petition to ‘Restore Capital Punishment’ has garnered some 850 votes at time of writing, even with the site being overwhelmed and offering the ominous message: “There is currently a much higher level of demand than we expected.”

“Jeff! I’m going to hang you when this shit gets voted back in.”

Thankfully, the three pro-death penalty petitions in the top 20 are being dwarfed by the number 1 anti-death penalty petition, the snappily titled ‘Petition to retain the ban on Capital Punishment’. Although it does seem that the anti-death gang might not have thought this through. If 100,000 people sign this petition, surely the Commons will have to debate whether to retain the ban or not, which is exactly the same as debating whether to restore capital punishment or not, isn’t it?

Should be interesting to see what this system produces, though. My personal feeling is that this will be filed under the ‘hilarious waste of time’ section of history, but at the moment there are a few interesting ones kicking about. Legalise cannabis is doing surprisingly well given that most of its proponents are probably still in bed, decriminalise recreational drugs likewise, although that’s probably just one guy on speed voting over and over again. Then there are a couple of rabid ones, including ‘Make Prison Mean Prison – Bread and water and that’s it’, presumably dreamt up by the same intellectual titan who also expresses a fondness for short lengths of rope.

My favourite is a petition which is simply called ‘resign’, aimed at the PM. Couldn’t even be arsed with a capital R. ‘resign’. Inspired.

Anyways, before this e-petition thing turns into a Daily Mail wet dream and we’re throttling anyone who looks vaguely foreign, I say we have some fun with this and make our own petitions. Make them watertight so they can’t be rejected out of hand, then see where we go.

Here are my initial efforts, which are basically just excuses to get funny videos into this post.

2) Petition to make this a compulsory sport in schools

I feel better can be done. I want it to involve bears in some way. Thinking caps people.

P.S. I’ve been travelling! And when I get hold of the photos I’ll be writing stuff about it. So, if you’ve ever wondered:

– What is the most prevalent haircut in Berlin?

– Why shouldn’t you build a large interational train station in the middle of a fucking wooded park?

– Where is the most comfortable place to sleep in Turin station which still affords you decent protection from mentalists?

Then watch this space. Until then you’re just going to have to stay on those tenterhooks!