All viable ideas for television programmes have been used, broadcasters fear.

The hour-long, recurring, behind-the-scenes documentary about how teams are selected for University Challenge, a show whose high points include discussing the ‘bite point’ of a buzzer, has confirmed  that television has finally reached the end of the creative line.

The writing has been on the wall for some time for the medium. Punters have begun to notice that shows have lacked a certain level of originality, falling into one of three categories:

While the first is perhaps not a new phenomenon, the formats are becoming increasingly obscure. Production meetings now consist of bored executives etching words onto dog biscuits and letting the office terrier go mental – the last remaining biscuit-idea is then made into a primetime show. This method has been responsible for classics like Tumble and Splash – and rumoured to be in the pipeline are Animal Husbandry and Chess, although producers are still struggling with the idea that is simply titled ‘Goats’. 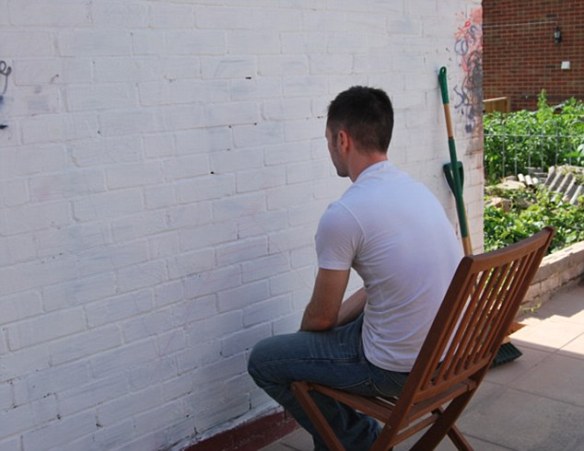 The second group of shows, a more recent but still well-worn format, effectively involves taking a middle-class pastime, gathering ‘talented amateurs’ and then making them fight each other to produce ludicrous gifts for maniacal overlords. Great British Bake Off is of course the best-known example. The shows rely on taking something that makes inherently dull viewing, like baking, sewing or one-pot slow cookery, and tarting them up with outlandish challenges. It is not enough to simply make a nicely-baked bun – contestants must stack and glue the buns into an exact, life-sized replica of Paul Hollywood’s naked form or risk a physical beating from a riled-up octagenarian. Future series include Loft of the Year and the Great British Ironing Some Shirts Contest.

Finally, the new class of dross – the show about a show. As well as the aformentioned crime that is ‘Watching socially awkward children try and apply for a quiz show, then talk about quizzes, then practice quizzes’, the Bake Off makes another appearance with ‘An Extra Slice’, which can only be awful. Their origins can probably be traced back to Big Brother’s Little Brother, which speaks volumes. Their main features are that they are longer than the actual shows they are about, and almost compellingly boring.

The current lineup is just the tip of the iceberg; as schedules become more and more devoid of things to go in them and people start noticing they’re watching a re-run of a re-run, expect to see new delights such as ‘Getting Ready for Work’: An in-depth look at people getting ready for work, before leaving for menial office jobs. This will accompany the major new series ‘Work’, documenting people doing their jobs and occasionally weeping into their tea.

By 2016 it is predicted that television will just comprise a live feed of whoever is watching it, sitting on their sofa, watching themselves, with information on how to tweet along displayed at the bottom of the screen.

Which is still better than Eastenders.