It’s unclear whether May is following a grand strategy or has simply suffered a stroke, but even by political standards this is getting a bit much. Slogans and soundbites are part and parcel of elections, but there’s a point where ‘message discipline’ starts to look quite a lot like bullshitting. We’re yet to hear anything of substance about what this actually means, as May and her MPs are too busy deflecting questions with this inane, meaningless line.

More than that, it’s actively damaging for people trying to make an informed choice on who to vote for. It’s hard to form opinions on who’s better-placed to take the country forward when the incumbent leader has morphed into Hodor from Game of Thrones. 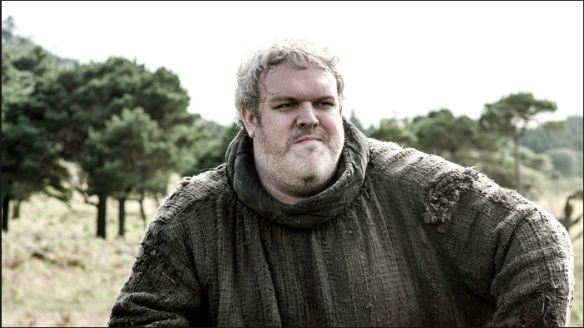 Labour aren’t exactly succinct in summing up their positions, but at least they have them and try to discuss them, the commie bastards. The Lib Dems are crystal clear on theirs, they just happen to also, fatally, be the Lib Dems. Even UKIP have ‘policies’, sort of, in a kind of ‘shouty drunk family member everyone avoids’ sort of way. But the Tories? Strong, stable leadership.

To combat this in my own increasingly tortured mind, I’ve taught myself a sort of Pavlovian response. Every time I hear ‘strong and stable leadership’, I immediately think ‘Hodor!’, which I figure is equally meaningful. Give it a go. It’s oddly calming.