It has been revealed today that everybody is strongly in favour of terminating chronic failure Jeremy Hunt in no more than 12 weeks.

In an interview with the Times, the comedy MP announced, completely unprompted, that he would be in favour of reducing abortion limits from the current limit of 24 weeks to 12 weeks, based on what he claimed was “a hunch”. 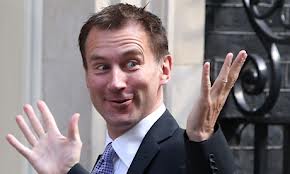 “This clown again? Seriously? This is the man whose personal view thought that Rupert Murdoch and his chums were a fine bunch of fellows to be running the British media; his opinion is not valid at the best of times.

“He reckons that after studying the ‘evidence’ he’s come to the conclusion that abortion limits should be drastically cut. One: What evidence? He’s probably going to say it’s the Bible, isn’t he? Two: What gives this prick any right whatsoever to think that he, or any other politician for that matter, can make decisions which govern what women do with their own bodies? Three: Who made this absolute buffoon health secretary?!”

David Cameron, the man who made this absolute buffoon health secretary, was quick to defend the constant disappointment he’s put in charge of the NHS:

“It’s an issue of conscience, and he is absolutely entitled to hold an individual view”, said the PM with an absolutely straight face, before adding “it’s not like he has the power to act on it anyway, what department is he in now?…..SHIT.”

Thankfully, it was later announced that some people had studied some evidence and come to the conclusion that Mr Hunt’s own limit on being in a position of any responsibility should be, at most, 12 weeks, and that they “just felt that that’s the point where political careers end.”

…you can have the BBC for an extra few quid?”

Some people own an orchard. The orchard is bursting with all kinds of fruit. There are apples, pears, some plums, and look! Aunty Mims has planted a lovely peach tree in the sunny corner by the stream. Isn’t the orchard lovely!

One day, some new people come in to run the orchard, but they aren’t happy with what they see. Too many leaves here, too much fertiliser there. They chop quite a lot down, but something is still missing. “A-ha!” They think, “That man at the apple tree is really rather good at growing lots and lots of apples. Why not let’s sell him the rest of the orchard, then he can grow all the lovely fruit and there’ll be food for all!” 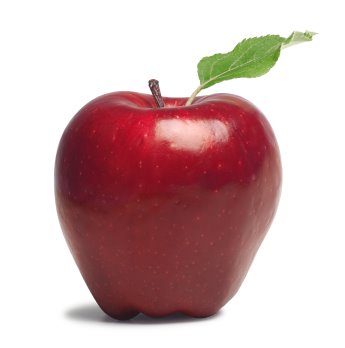 The edible harbinger of doom

And so crushing inevitability is brought to bear on possibly the longest car crash in British media history. Our supposedly world-renowned media has effectively been swallowed up by one man and his empire, largely in part to a culture secretary who has shown all the characteristics of a love-struck puppy in his handling of the situation.

Even before the BSkyB debacle kicked off Jeremy Hunt was a self-professed Murdoch-lover:

“Rather than worry about Rupert Murdoch owning another TV channel, what we should recognise is that he has probably done more to create variety and choice in British TV than any other single person because of his huge investment in setting up Sky TV which, at one point, was losing several million pounds a day.”

Ah yes. Good old variety and choice. With the Sun, the Times and Sky News, you can choose whether you want your strictly-right-wing-news in less than two syllables, more than five or spoken to you, with flashy graphics and Kay Burley. And you only need to look to other countries where News Corp have a few media outlets to see how much variety, choice and absolute impartiality Rupert insists on from his channels.

Unfortunately, Hunt et al. are, as is to be expected, running down the classic Tory line, undoubtedly with their theme song playing in the background. Ever since Vince Cable stupidly said he was ‘going to war’ with News Corp, allowing the Conservative front bench to remove the last line of resistance from the situation, there has been no doubt that a Murdoch takeover would happen, and that the media regulators wouldn’t get a chance to, erm, regulate.

Did we vote for this shit?

Murdoch is held up on the right for several reasons. First and foremost, he generally provides a free advertising service for moderate right wing parties, which must be just dandy if you’re a moderate right wing party looking for some free advertising. Second, and probably equally important to the current administration, Mr Murdoch has proved himself to be very, very good at making lots and lots of money on the free market. Given that the government is hell-bent on turning the UK into a horrible cross between Ebeneezer Scrooge and a prostitute, simultaneously squeezing every penny whilst trying to sell everything we have to the highest bidder, it’s not entirely surprising the Dave and pals are cosying up to the Aussie tycoon. Whispering sweet nothings in his ear.

I wonder if Hunt calls him ‘Daddy’ and makes sure to swish his hips just that little bit more when they’re together. I say ‘wonder’, I more mean I’m going to have nightmares where that happens. Is there such thing as economic dirty talk?

“I want you to stick your bell curve right up my pre-tax profits; I’m sure you’ll get some great returns;my interest rates have shot right up…”

That was unnecessary. Sorry.

Back on the main point, what the worshipping servants of Guru Murdoch have failed to realise is that the antipodean news machine makes his money by ending competition. A market with Murdoch so dominant, and with government regulation evidently so impotent, only serves to create a climate where it is impossible to compete or for new outlets to enter the market, so the realm effectively becomes his. This then paves the way for the government to make even more concessions to the dominant force, which lowers media standards, eradicates plurality of news sources, and is proven to lead to nuclear holocaust.

On the plus side, the man from down under has offered to sell off Sky News. Plurality lives! But only for ten years-ish. And with a heavy, heavy ‘subsidy’ from News Corp. RIP plurality! Potentially the biggest cop-out since the end of Lost.

So, as ever here at rantraverelax, the concluding message is simple: 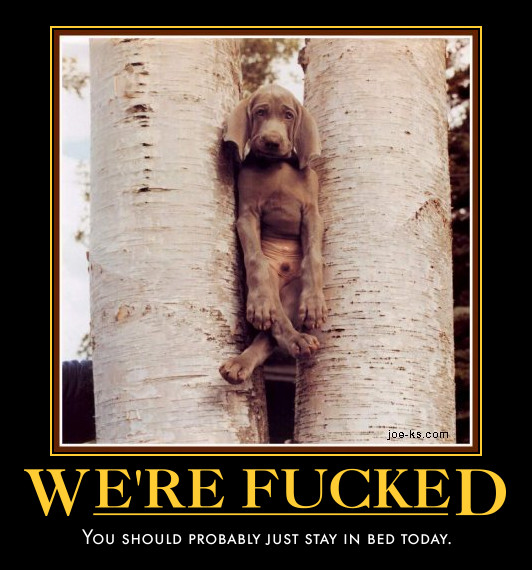 Unless you really love apples.