In what is being described as a canny PR move by the coalition government, the Tories and the Lib Dems have engaged in an argument so hysterical and ludicrous that the writers of the implausibly popular soap are said to be taking notes and are planning on weaving a similar story into a future plot line. 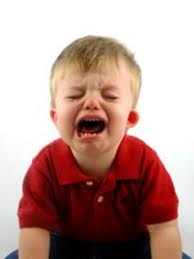 Clegg is somewhat irked by Gove

The kerfuffle started when chief education clown Michael Gove published a discreet notice in the Daily Mail indicating his intention to ‘take us back to the good old days’ by introducing a raft of sweeping reforms which he appears to have come up with by consulting the kind of bitter twisted old twazzock you find in a dingy pub at three in the afternoon telling anyone who’ll listen that “kids these days don’t know they’re born”.

Gove’s ‘reforms’, which promise to be as successful as the time Facebook floated on the stock market, chiefly comprise siphoning off children onto separate streams such as ‘this is what the inside of a factory looks like’ or ‘would you like fries with that?’ at the age of five if they have any of the following conditions:

1) An inability to have been born south of Hampstead Heath

Gove has publicly shied away from phrases such as ‘proudly creating the underclass of tomorrow’ or ‘turning the inequality gap into the inequality chasm – get the grubby bastards away from us!’, but has privately had these and more tattooed upon his left buttock.

Other aspects of the changes include a return to sepia tone for all schools, increased pipe-smoking and child molestation for teachers, a marked decline in standards and the re-introduction of the term ‘Johnny Foreigner’, coupled with a healthy splash of racism, to truly bring back the golden age of British education.

Nick Clegg has reacted less than positively to the news. After releasing a statement which simply read “AAAAAAAAAAAAAAAAHHHHHHHHHHHHHHHH!”, the coalition’s best-used punching bag called a press conference in which he wept hysterically for over two hours, occasionally pausing to shriek that he was “going to slap that slag so hard”, before going on to defend spouse David Cameron in an impassioned and terrifying address:

“David doesn’t know anything about it. This Gove bitch has been sniffing around him for ages, trying to get at him, buying him little gifts and shit, and yeah they’ve been out for coffee and David kissed him WHEN HE WAS DRUNK which is obviously not cheating, but David didn’t know anything about the school thing. He told me. He promised. He said that he hadn’t even seen Michael in weeks and that the reason he didn’t come home last night and when he did he smelt like Michael’s perfume was because he’d been fishing all night and obviously fish smell just like Michael Gove’s perfume and it was a trout that gave him that lovebite. I believe him.

“David wouldn’t do that to me. HE LOVES ME. Tell the bitch that I will take him down and I don’t even care if I ruin my nails when I gouge his fucking eyes out.”

David Cameron has not at all suspiciously kept completely silent while Clegg has been going absolutely batshit, but Nick is starting to suspect something is up as David has become more ‘distant’ in lovemaking sessions.

Leading analysts, however, believe that the developments are all a stunt to win favour with the notoriously easily-pleased British public. Sarah Chalmers, of Djemba-Djemba Consulting, said: “The Tories are really winning voters over with this tacky display of nonsense. Support amongst people who would call their first child Wanker “because it’s funny” is up over 200%. All they need now is a dog that can walk on its hind legs and they’ll be unstoppable. Wait…dog on hind legs…Nick Clegg….SHIIIIIIIIIT.”