Was presumably what the executive at Sky Sports told Andy Gray and Richard Keys after that conversation. Then they probably all burst out laughing and went to a strip club. Or the 1920s.

In case you haven’t followed this one, Sky Sports top presenter and most clichéd pundit are in trouble over voicing their views about the presence of a female assistant referee in the Wolves v Liverpool game in mid-January. Which was along the lines of:

Richard Keys: Well, somebody better get down there and explain offside to her.

Andy Gray: Yeah, I know. Can you believe that? Female linesman. Forget what I said – they probably don’t know the offside rule.

AG: Why is there a female linesman? Somebody’s fucked up big.

RK: I can guarantee you there’ll be a big one today. Kenny [Dalglish, Liverpool’s manager] will go potty. This is not the first time. Didn’t we have one before?

AG: Wendy Toms, something like that. She was fucking hopeless as well.

RK: No, no, it’s got to be done, it’s good. The game’s gone mad. See charming Karren Brady this morning complaining about sexism? Yeah. Do me a favour, love.

(Transcript sourced from the Guardian)

A few things spring to mind here. First, it’s important to stress that these were off air remarks, which is presumably the only possible reason these clowns weren’t fired on the spot. Gray was subsequently dismissed for other lewd activities involving his groin and a female presenter, while Keys resigned citing “dark forces” as being at work. Proof if ever that Voldemort is alive and well and working at Sky.

There’s an argument being made in some quarters that what was said wasn’t meant for broadcast and the presenters are entitled to their own personal views, and that’s perfectly reasonable. What is unreasonable is effectively supporting these outdated views by continuing to employ those who hold them. Ron Atkinson expressed his personal views off air once. He, unsurprisingly, got fired.

Second, it’s hardly surprising to hear these kinds of views aired in a football context. I’ve been around football long enough to know that bigotry of any kind is fair game amongst certain groups of fans. Racism has dogged football, as it has most sports, at all levels since day one, with some notable and all too recent examples.

Sexism is well entrenched as well, hence the Neanderthal swell of outrage that crops up any time a woman has the audacity to want to get involved in the “men’s” game. Whether it be officiating, playing, coaching, managing, or whatever, there’s always a massive swell of interest, usually followed by crass and petty displays of machismo from the terraces, and more worryingly from the governing bodies. Sport is one of the last great bastions of gender division and it’s almost as funny as it is sad watching the likes of Gray and Keys try to come to terms with the introduction of women into their beloved boys’ club.

Put simply, the rules in sport are slowly moving, and rightly so, to mirror wider social guidelines, where people are judged on their ability, not the colour of their skin or whether or not they have a vagina. There are some gifted female footballers out there who could make it at the top levels of the men’s game. Marta, Kelly Smith, Birgit Prinz, Hannah Ljungberg, all of whom could shine at the very top level, are denied the opportunity simply because of their gender. Female officials are only just coming through, and full credit to those who do because it must be a pretty hostile environment.

People often complain that the military is institutionally sexist. Possibly because it is. But the same accusation doesn’t seem to get levelled at competitive sport. It’s hardly surprising that relics like Keys and Gray still abound when they work within a framework which is governed by sexist principles. If FIFA finds the prospect of ovaries and testicles on the same pitch then there’s little hope for the eradication of this blight in the rest of the game. At the moment it’s not even OK to be gay and kick a football so it seems that football is falling just short of catching up with the 1950s. 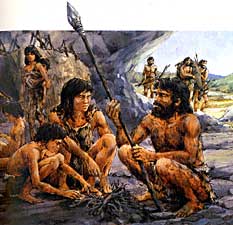 Any surprise, then, that Messrs. Gray and Keys come out with such tripe? No. Any surprise that their employer (as of writing) have given them a slap on the wrist and two tickets to Spearmint Rhino? No. It’s no shock that you find terrible bigotry in an arena which excels at being terribly bigoted.

One final note. Re-read the transcript above and replace the word ‘female’ with the word ‘black’, and the sexist references with racist ones. Now consider whether, if that had been what was said, these idiots would still be employable. I think not.